“Special Olympics New York Unified sports teams are creating inclusive school communities in every region of the state, showing the world that when you play unified, you live unified,” said Hengsterman. “We are thrilled to be participating in the MAAC Tournament again this year and grateful that our athletes have this opportunity to shine on the national stage.”

The Unified game will take place during halftime of the first quarterfinal game Saturday, March 9 between the Quinnipiac Bobcats and Monmouth Hawks, which begins at 7 p.m. 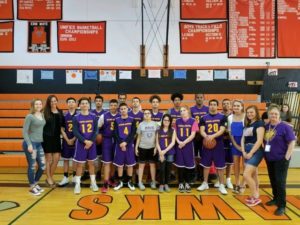 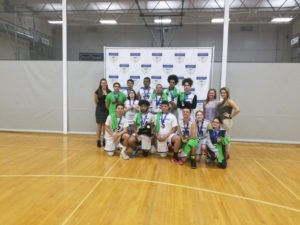 Guilderland High School Athletes Sam Dougherty and Maggie Robinson, both seniors on the Unified team, will also participate in the NCAA Post Season Awards Show Friday, speaking to players, coaches, and fans in attendance about the importance of Special Olympics New York programs and the impact that Unified sports have had on their lives. The event, which begins at 10 a.m. today, will be broadcast live on ESPN3.

Special Olympics New York partners with 145 schools statewide to offer Unified sports, where students with and without intellectual disabilities compete alongside one another on the same team. In addition to the Unified sports offered in these schools, youth leaders come together to plan activities that engage their peers, creating school and community climates of acceptance and inclusion.