NEW YORK CITY, NY — Elliot De Niro was featured today on ESPN as part of the “Special Olympics: 50 Game Changers” series, which was launched by the sports network last year in coordination with the 50th anniversary of Special Olympics. The series of short films highlights game changing people and moments that have driven, shaped and reflected the Special Olympics movement. 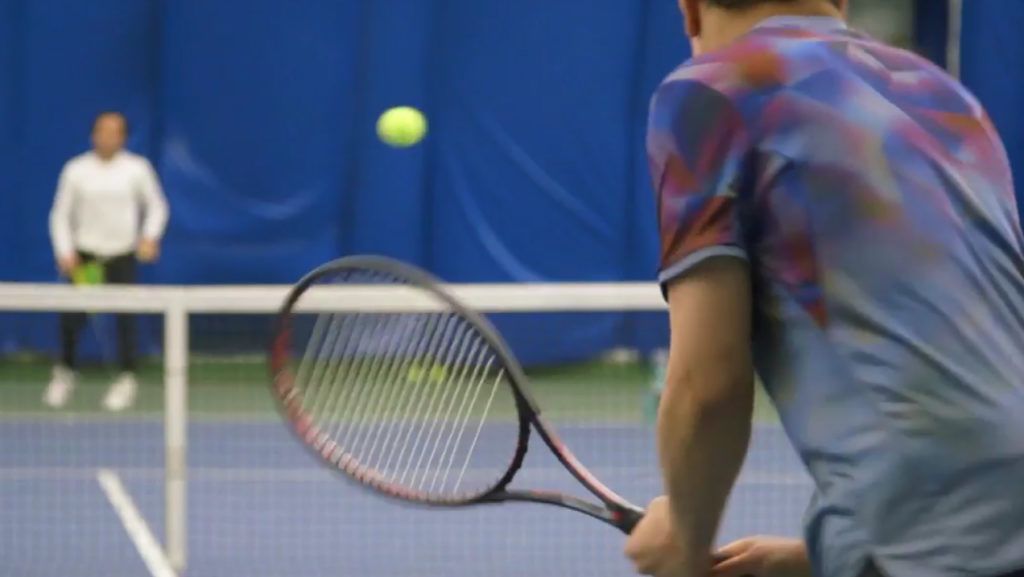 Elliot, the son of Robert De Niro and Grace Hightower, began playing tennis as a child. In the film short, his parents say the experience has helped him develop mentally, emotionally, physically and socially.

Elliot’s progress inspired Hightower to join the Special Olympics New York Board of Directors earlier this year. In this role, she is raising awareness by sharing her son’s story and helping the organization reach more families in New York City.

“That is the gift you give your child,” says Hightower in the film short. “To be able to succeed within themselves, and give them that motivation, that confidence of knowing who they are. When they have that, they can do so much.”

“Finding things for kids to do is a hard part of the whole situation with parents of kids with special needs,” says De Niro in the film. “[Playing tennis] helps him. He is more confident when he sees that he is actually good at this. That’s the best self-motivator anyone can have.”

The video also highlights Elliot’s friendship with Max Richter. Working out together at their mothers’ urging, Elliot and Max have built a connection that has transformed both of their lives, exemplifying the power of sport and the vision of Special Olympics.

“Special Olympics changes the game for athletes like Elliot and Max around the world, improving their health and well-being, and building their confidence, by harnessing the powers of sport and friendship,” said Special Olympics New York President & CEO Stacey Hengsterman. “We are proud and so thankful to be working with Grace to provide the opportunity of Special Olympics programming for athletes with intellectual differences across New York.”

ESPN grants support Special Olympics Unified Sports, as well as other initiatives, and extends and expands a role ESPN has held since 2013. Dedicated to promoting social inclusion through shared sports training and competition experiences, Special Olympics Unified Sports joins people with and without intellectual disabilities on the same team. It was inspired by a simple principle: training together and playing together is a quick path to friendship and understanding. With support from ESPN and others, Special Olympics has grown this innovative and inclusive program to more than 1.6 million participants. As part of the continued support of Unified Sports, ESPN will invest in Special Olympics’ goal to build Unified Sports programming and resources in 10,000 schools by 2020 and ensuring 100,000 coaches receive new/renewed sports certifications by 2020.

ESPN employees have been engaged in volunteerism with Special Olympics for over 33 years.