Go for the Gold

Thanks to grassroots events like Go for the Gold, Special Olympics New York is successful because of the cumulative total of generally small gifts that add up to a day of amazing support. We cannot do events like these without massive amounts of volunteers who take pride in their part in such an amazing fundraising partnership. For this year’s Go for the Gold event in the Central Region and Southern Tier, we’re looking forward to having the uniforms, lights, sirens, and all of the promotion celebrating the amazing partnership between law enforcement and the athletes of Special Olympics NY.

Stop by your local Dunkin’ on Thursday, July 28th, between the hours of 6-10am. We hope to have more than 45 participating locations. Any donation receives a free donut coupon! 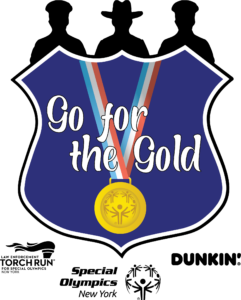